In 2009, inspired by the Tour de France, my eldest child (aged 13 at the time) and I decided we’d like to try riding some of the amazing mountains we’d seen the elite riders scale. We hatched a plan for a family holiday that was liberally interspersed with trips to the tops of the biggest peaks in the Pyrenees. We set off some days earlier than the rest of the family.

We genuinely didn’t know if it was going to be possible to ride up such intimidating inclines. We studied the gradients and distances online, it all seemed at once massively exciting and totally improbable. I fired a few questions to more experienced cyclists and the consensus was that it should be possible.

Even the journey to our first stopping point was tricky, we picked the hottest day of the year for a long drive in my non-air conditioned Honda. We had the windows wide open on the French motorways but found little relief until we plunged into a cooling local river at our overnight stop. The next day we pressed on in a south westerly direction and as we rounded the city of Toulouse we saw what looked like massive thunder clouds on the horizon. It slowly dawned on us that these were not clouds but rather the imposing profile of the mountains we’d come to ride – rising impressively from the undulating plains that stretched from Toulouse towards Tarbes our initial base. We found the non-descript motel and crashed out, full of excitement for the day ahead.

After a hearty breakfast, and a few croissants stuffed into back pockets for extra sustenance, we set off somewhat in trepidation, on the road from Tarbes to Lourdes. As we pressed on the peaks loomed large and menacing on either side of the road, with an ominous mist and low cloud that came and went. Finally and rather circuitously we found our way to the start of the first big climb we had planned – the famed Hautacam – 17.3km long with 1170m of vertical ascent. It felt like being allowed out at Wembley for a kick about. What were we doing here starting the climb on this peak where Marco Pantani and Lance Armstrong had famously duked it out. 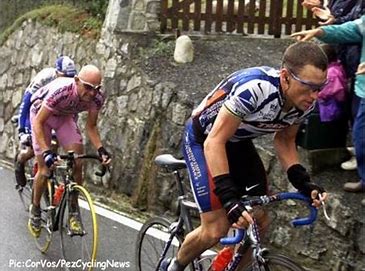 The climb meant over an hour in the “red zone” of maximum effort in the smallest gear we could find, in and out of the saddle, trying to find some sort of rythmn and desperately hoping for the next kilometer marker to show something less that 8% average gradient for the next 1000m. The Hautacam however is relentlessly punishing – 9.5, 9, 10, 7.5, 8.5, 8, 8% for the 7kms from 8kms to 1km from the top. The sense of achievement when we finally arrived at the mist shrouded top was incredible however. Of course my eldest had danced away on the pedals, heartlessly abandoning the old man and by the time I got there was sat waiting for my arrival.

More peaks followed in the next few days including the even tougher Col de Tourmalet. Needless to say we also revelled in the high speed descents; sweeping down the mountain sides ahead of motorised traffic was exhilarating in the extreme.

We all benefit from occasional ‘mountain top’ experiences. Whether metaphorical or literal the great experiences or deeply challenging moments followed by a wonderful flush of adrenaline provide inspiration for all those days spent in the valleys and give context to the wonderful joy of a descent. I’ve heard of people who drive to the top of a mountain in order to cycle down from the top but the combination of sweat, mental strain and finally euphoria when you reach the summit makes the descent all the more sweet.

The huge effort required to ride up a big mountain can help us to set a new benchmark for our training. Likewise being really stretched in life can help to set the day-to-day hassles in context. You often hear people reflect on how a serious illness or lucky escape from a car crash for example, has made them see life in a whole new light.

It’s a great time at the start of a new year to line up some ‘mountains’ for the year ahead – some challenges that seem momentous enough to get the pulse racing in anticipation, and to make you think “can I really do that?”. Your mountain may be a new challenge at work or even a new job, it may be an ironman a marathon or a 5k or maybe it is in facing up to challenges in a difficult relationship. Only you know what your mountain looks like. It’s not about bragging rights or impressing your friends, the essence of a mountainous challenge is in the response it provokes in you, not others. But once you commit to it, be sure it will help to fire you up and the mountain, once climbed, will inspire and energise you.